We leave February 3rd for the field! Coming up soon. I’m ready to get out of here. The MTC is only air conditioned in the rooms that we spend the most time in; so pretty much just the classrooms, administrative offices, auditorium and cafeteria. Unfortunately, our rooms aren’t air conditioned, but we have a fan so that’s good! It’s pretty hot and humid at night, but not unbearable. I don’t sleep with anything over me or just a sheet, if anything.  And yes, I have been dreaming in Portuguese haha. It’s coming along quickly!

There are mosquitoes everywhere! Not tons, but still some. None of the windows have screens like they do in the U.S., so they just fly in. I wake up with a new bite just about every morning.  And I can’t cover up because it would be too hot! We haven’t lost power since the first few weeks. I think it was just because it was stormy then. We saw a building all smokey a few weeks ago but I don’t know if it was on fire or not. It was quite a bit of smoke. We only got to go downtown for that one time, but soon I’ll always be out walking around!

Portuguese is the only language they teach here.  They only have programs to teach it to English speakers and Spanish speakers. There are lots of people in the CTM from all over South America.  There are also some other English speakers not from the U.S.  We have an Australian, a New Zealander, and a Scottish lad.  haha 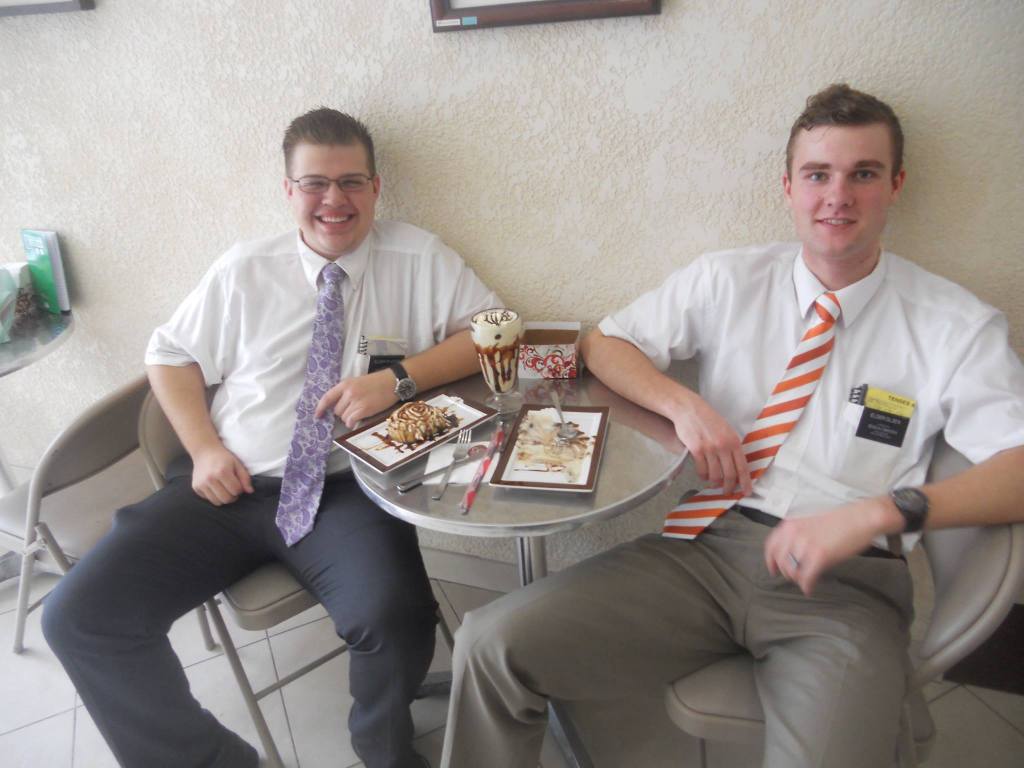 This week FLEW by. We went proselyting in downtown São Paulo. To get to the city park area we had to take the bus. The drivers are crazy! Kinda reminds me of my driving:) I felt like I was on a roller coaster! Anyway, we each had 2 Books of Mormon and were told we had to hand them out and talk about the church. It was a real test of our Portuguese. People are really nice and friendly. Every time we approached someone, I asked if we could practice speaking Portuguese with them, so they didn’t have an excuse not to hear our message haha. We were able to give out books to 4 out of the 5 people we talked to, and that’s because the first guy said he already had one, or so he said. I am pretty good at understanding people now.

I also saw this little guy about 15 who was skateboarding and practicing shredding a ledge, so I went up and talked to him for a bit just for fun. I asked him if he’d ever been snowboarding. Obviously he hadn’t haha. I told him if he ever has the chance, he will have to. They don’t have mountains anywhere in Brazil, only hills and such. 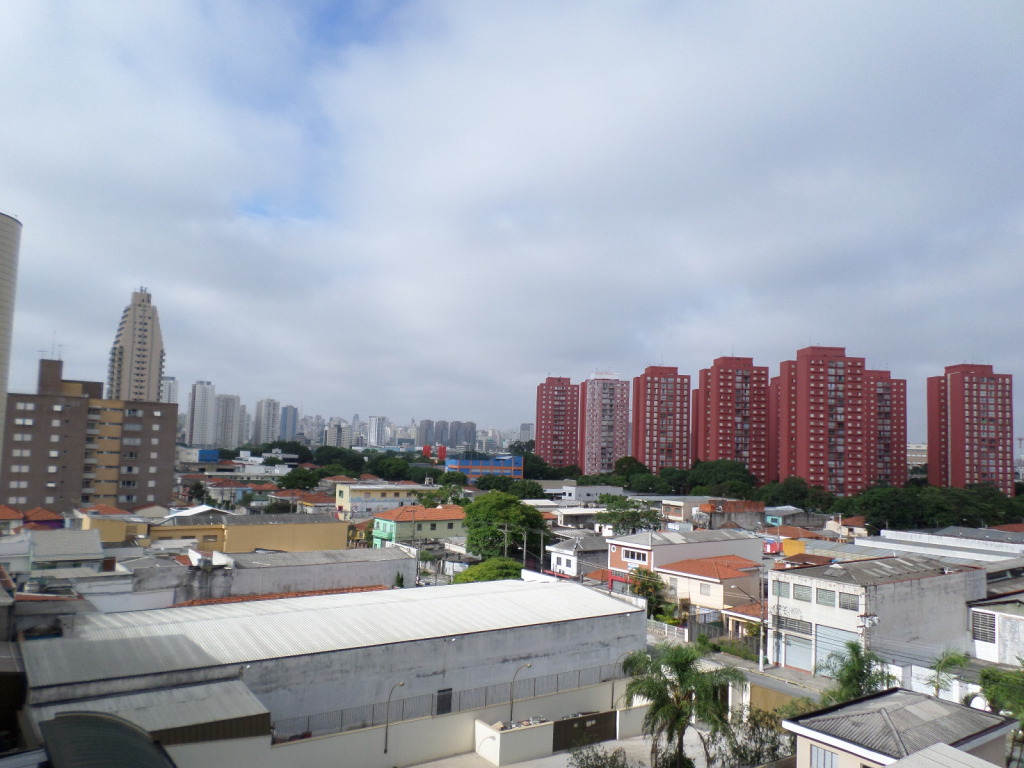 Every day I wake up at 6:30 and get ready. We have personal study until breakfast. For breakfast here everyone eats panini sandwiches, so they have a panini grill we use. After that, we have instructor time where we learn the language and the gospel. Pretty much everything we learn for language study is related to the gospel, so that way we not only get better at just speaking the language, but also the gospel in Portuguese. Twice a day, we teach pretend investigators. We have baptism dates for both, so that’s good! We have about 6 hours a day with the instructor, 3 in the morning and 3 at night.

At night we get to have physical activity time. The other guys like to run and workout and stuff, so I do that with them, or sometimes I practice hitting balls on the volleyball net. We used to have a bunch of people in our gym time, but now it’s just us 4. When everyone else was with us, I wasn’t allowed to spike the volleyball, but now that it’s just me its ok:) Tuesday nights we have devotionals with everyone and Fridays are P-day! Today we are going to a really good burger place yummmm. 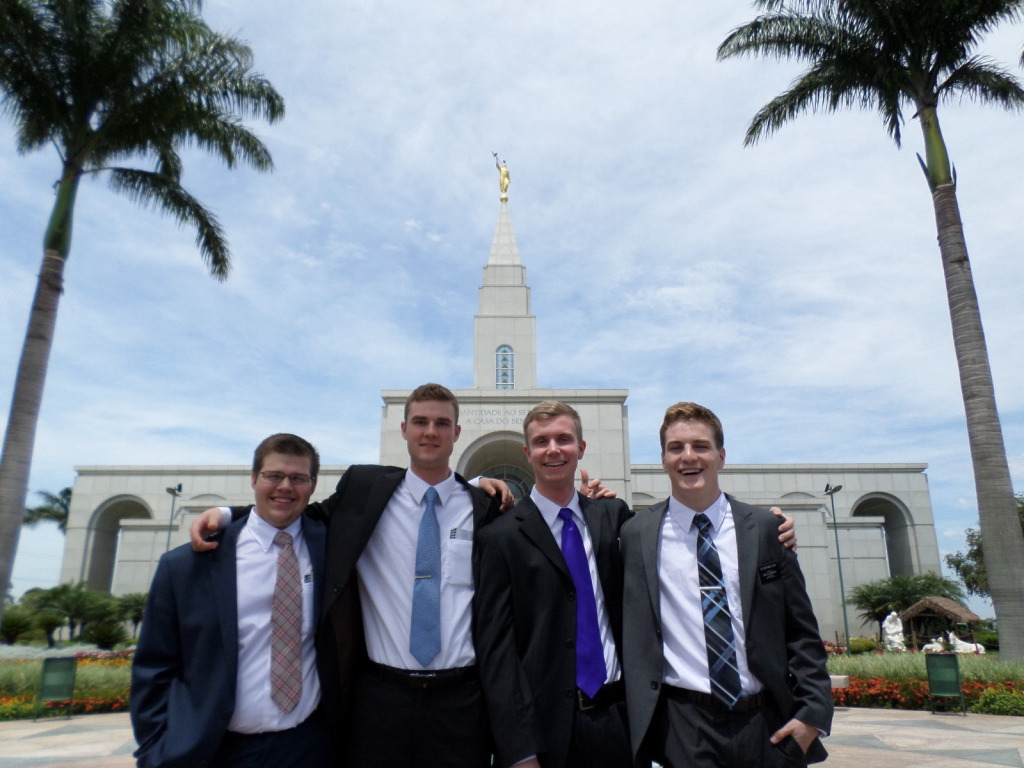 Elder Olsen with his District at the Campinas Temple 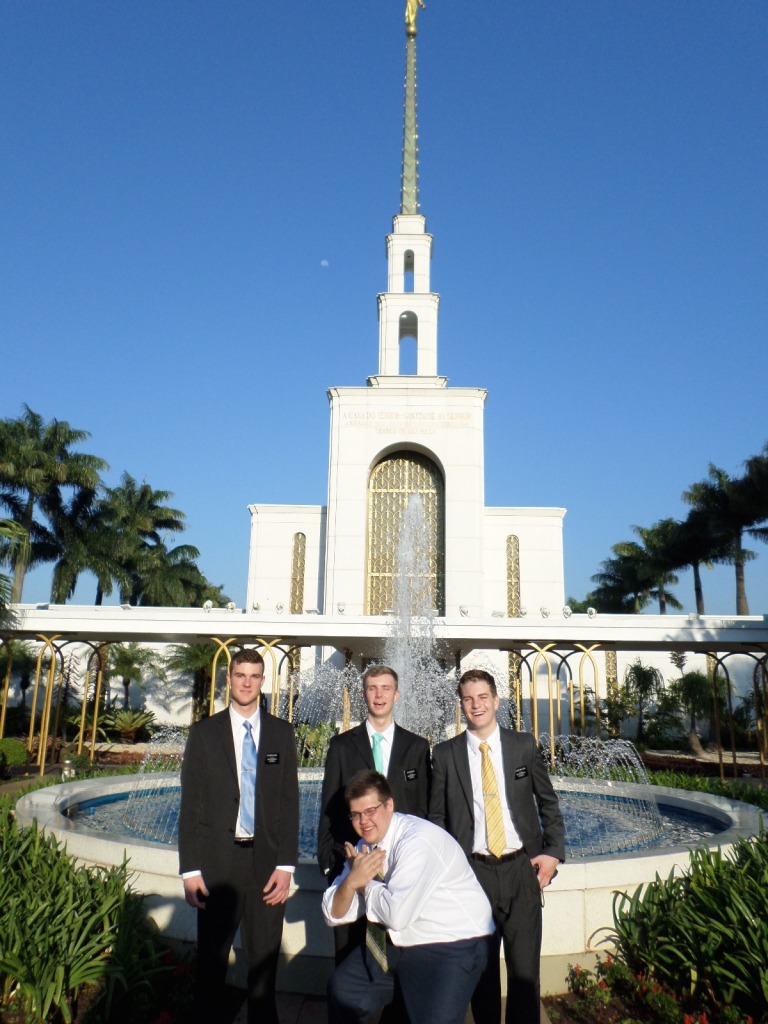 For New Years, I woke up at midnight to what sounded like a war zone! There are no firework laws here, so EVERYONE lights off fireworks at the same time.  It wouldn’t stop for 30 minutes.  The horizon looked like it was on fire!  It was cool and annoying at the same time because I wanted to sleep! haha 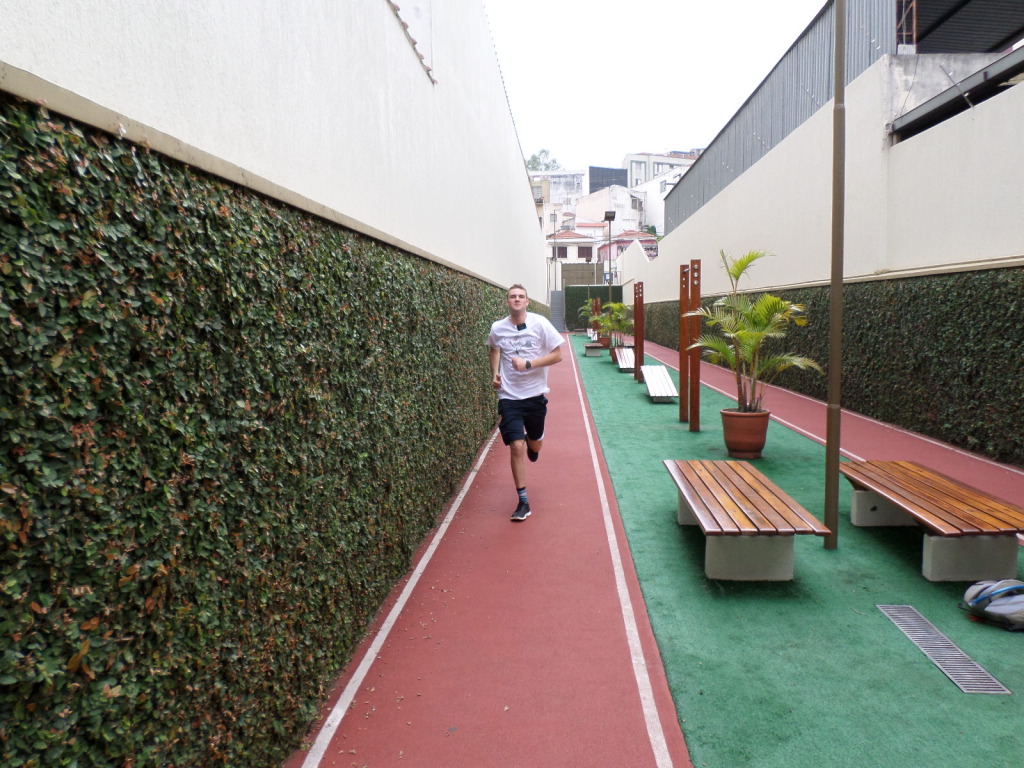 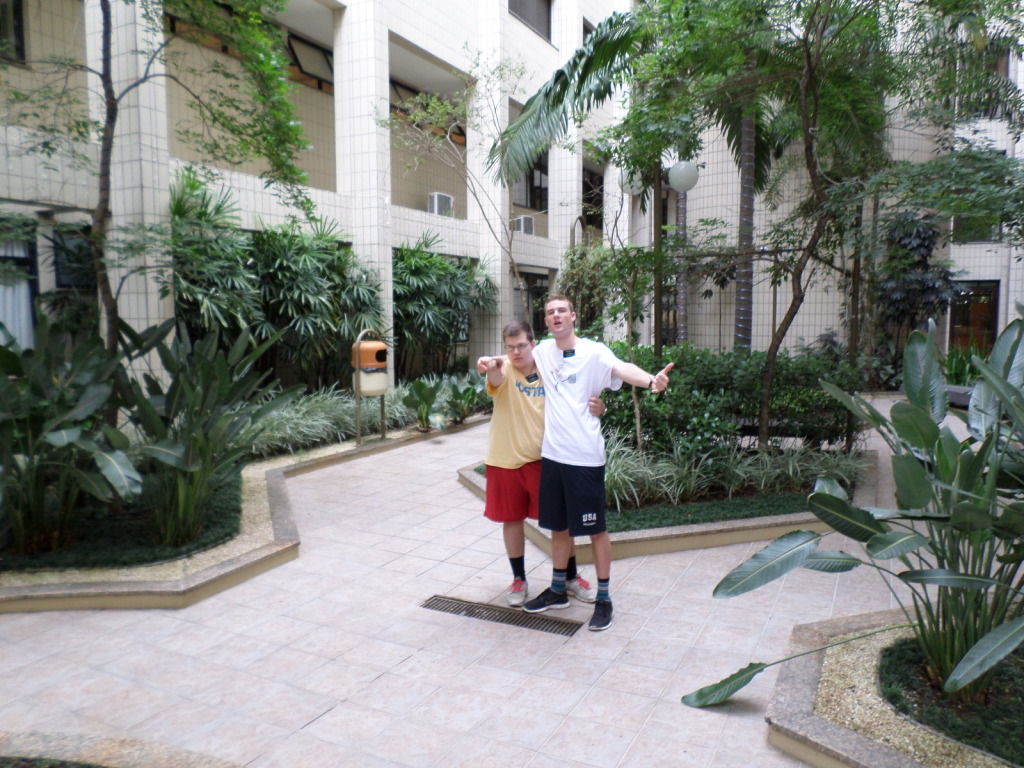 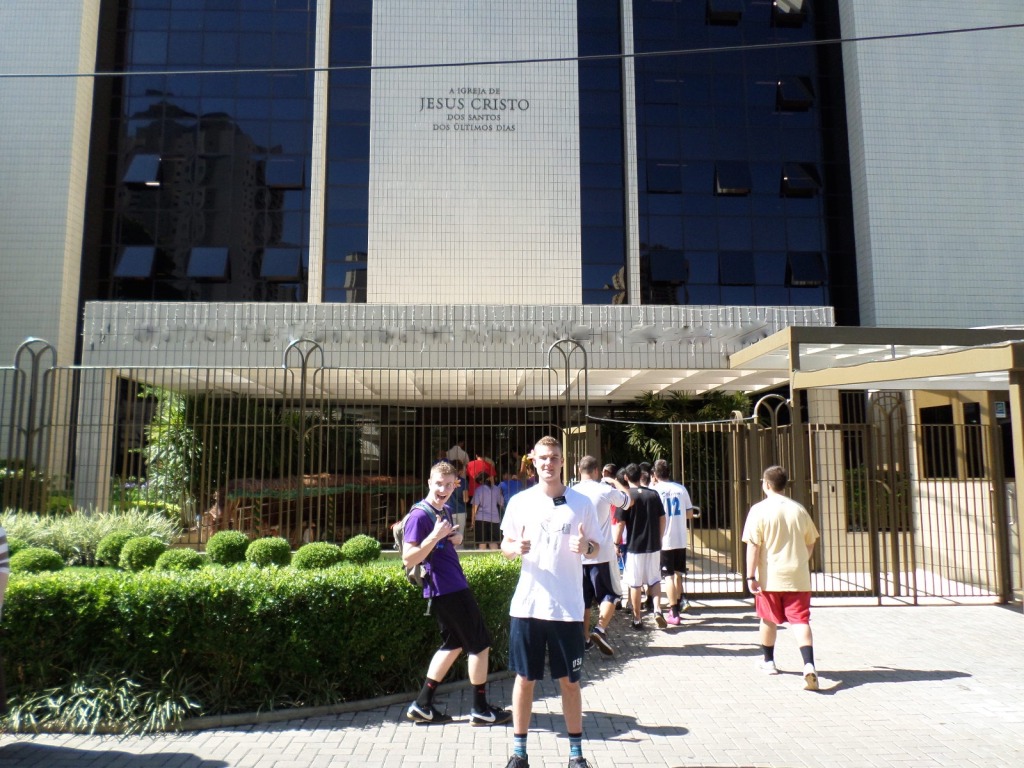 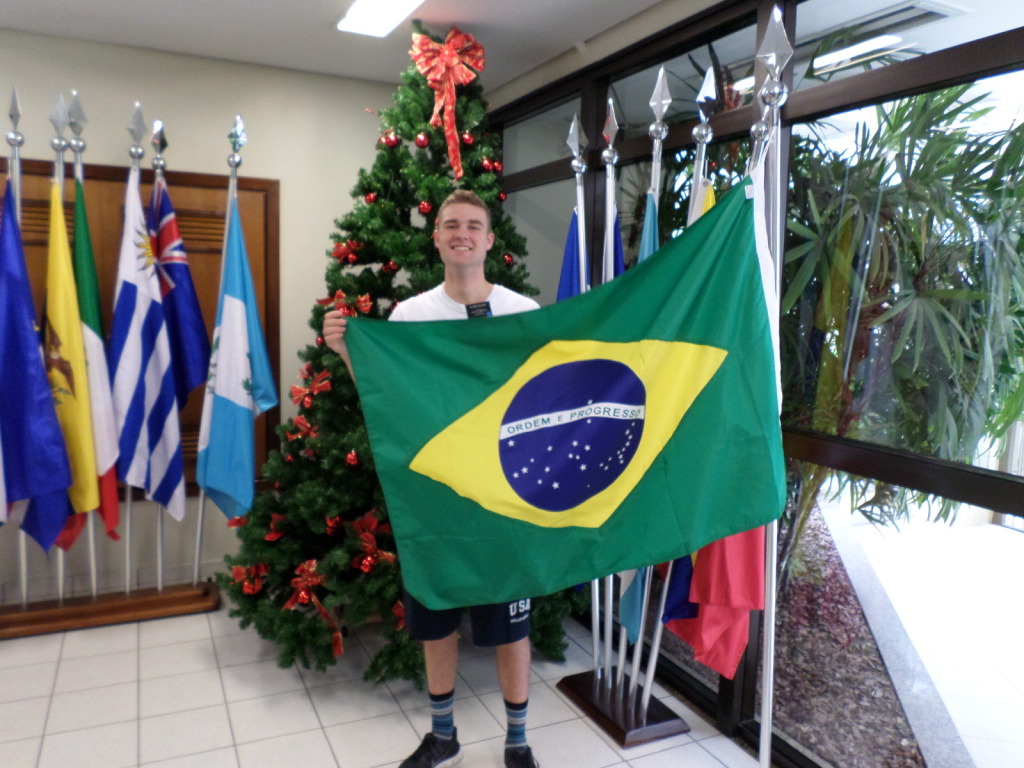 The Mission President’s son, who is now married and has kids, gave a talk about how he served a mission here and talked about ‘Faith.’  He said that his family has received countless blessings because of his service to the Lord. He promised all of us that we will be blessed just like him. This double assured me everything would be ok 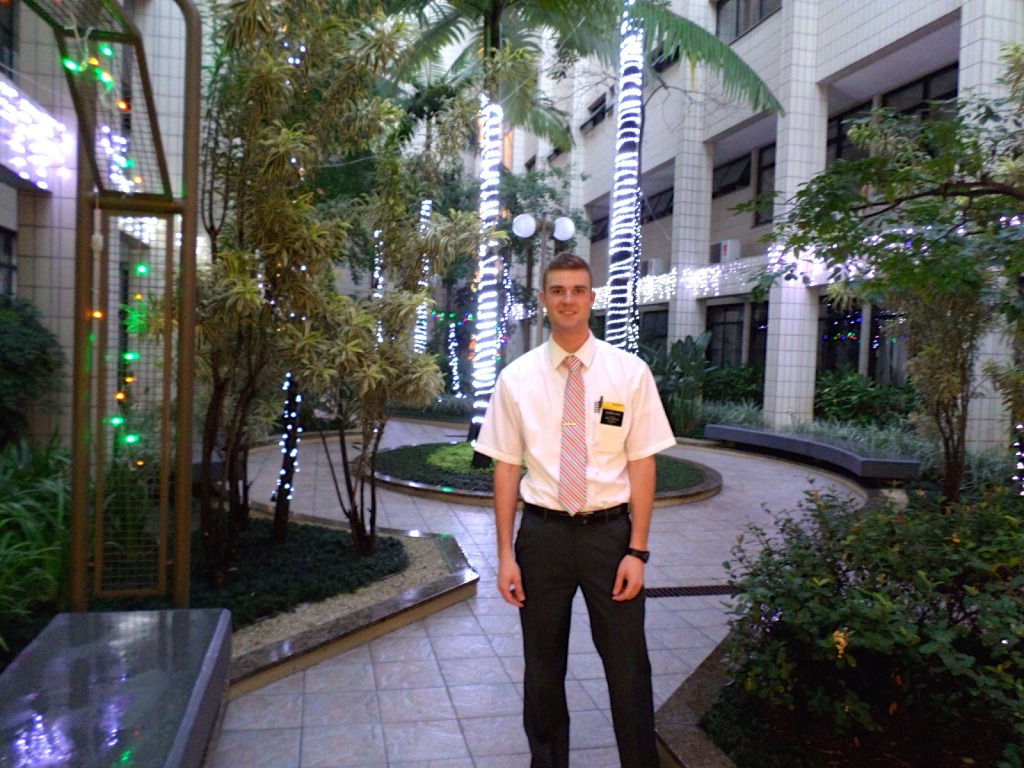