This week we kept very busy! We baptized Fernando, Micaela, Adriel, Monique, Ana Carolina, and João. The first two are dating and will soon be married. They were excited to find the true church! Adriel is Ezequiel´s brother, who was baptized last week. His brother Rafael baptized him! Elder James was going to baptize him, but then we thought that Rafael could! Before Sunday, he hadn´t received the Aaronic priesthood yet because he was baptized and went inactive before he had the chance. We quickly put him into an interview with the Branch President during church, ordained him as a Priest after, and then went straight to baptizing his brother! It was awesome. The last three are 2 sisters and a cousin. We reactivated the dad of the girls and are waiting for the parents to marry to baptize the mom. Unfortunately, it´ll be after I´m gone, though.

On Sunday, we brought 15 people to church so we are expecting several more baptisms this next week!  #doismais

Holding to the Rod 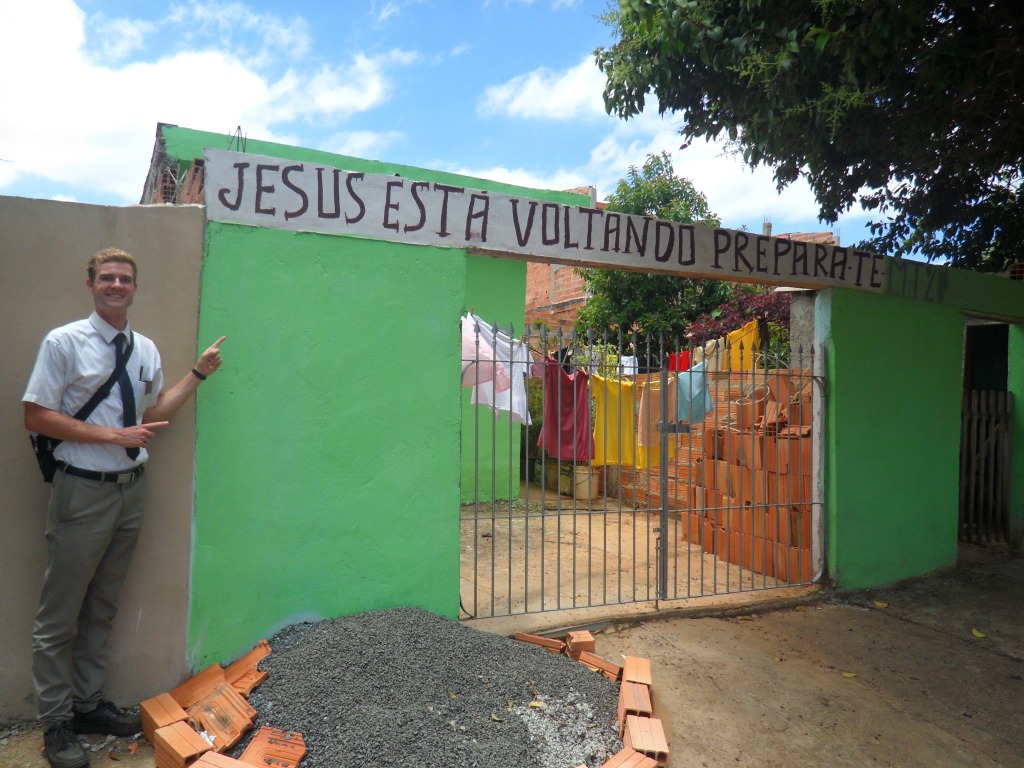