Our ward has two companionships. There are tons of kids in the ward, probably 40 or more kids from nursery age to Priest/ Laurel age. It’s always fun talking to the little kids and giving them high fives. They love us so much!

The Bishop in our ward here is super awesome. He’s in his late 20’s or early 30’s. He was baptized 11 years ago. Before the missionaries found him, he was a super crazy kid. He had super long hair, wore long chains around his neck, and had ear piercings. The day before his baptism, he married his wife, who he is now sealed to. They have two kids. I just thought his story is so awesome. It really shows what the gospel and atonement can do to someone in their life! It so important that we help share the gospel with others because it truly changes lives.

We are teaching an older lady right now. She knows the church is true and wants to go every Sunday, but she’s still nervous for baptism. I think within the next few weeks we’ll get her in the water! The language is still coming along slowly! I learn more and more everyday, but still have a long way from fluent. Elder M. says I am speaking better than most missionaries with the same amount of time as me, so that’s good! Everyone says it takes about 6 months to feel fluent and I’ve only been out 2 of the 6 months now. Last Tuesday was my 2-month anniversary! That means I’m a little more than 1/12 done with my mission!

We cleaned the baptismal font a few days ago. It was nice to get our feet in the water. We had the font filled up the other day and accidently left the heater on too long. We came back and it was hotter than a hot tub! It was tempting to take a soak but then not really, because its soooo hot outside. haha 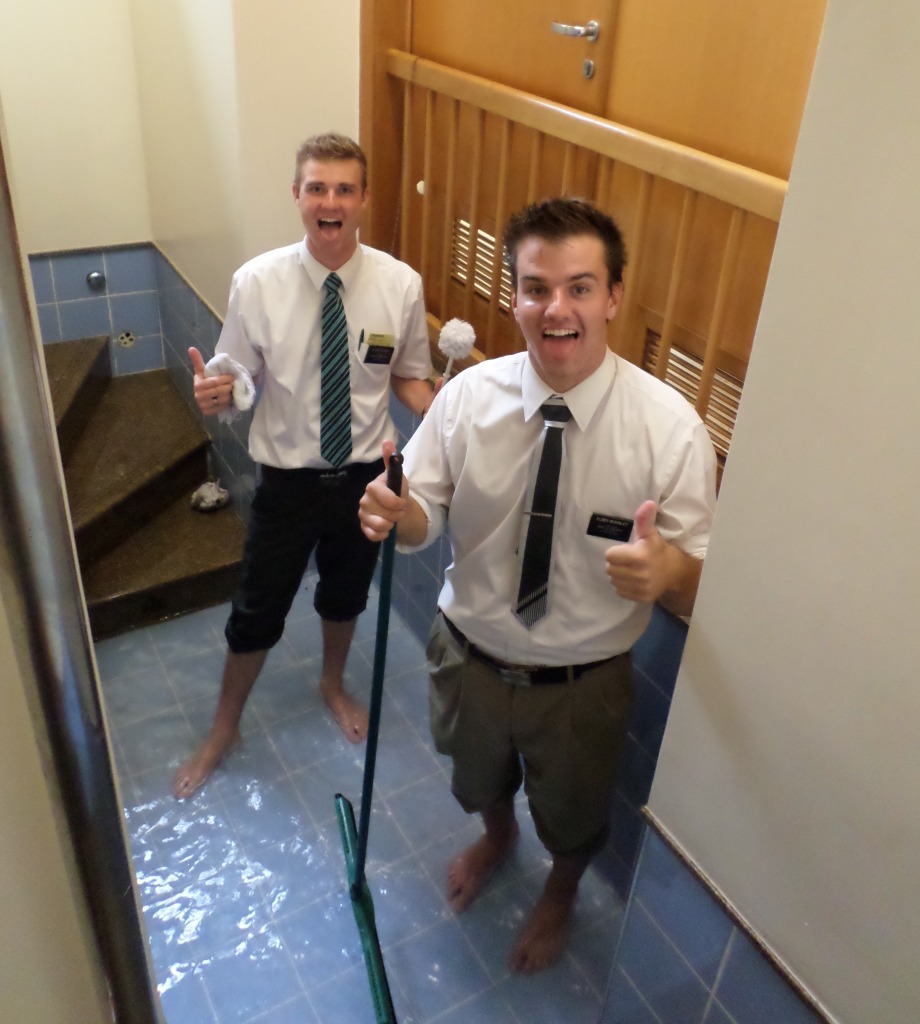 The picture of me next to the dog is outside of Bishops house. Here in Brazil you have to clap in front of houses because there is a fence between you and the door. But every time we clap at the Bishop’s house, his little dog runs over to the wall and pokes his head out. haha. It’s so funny every time! 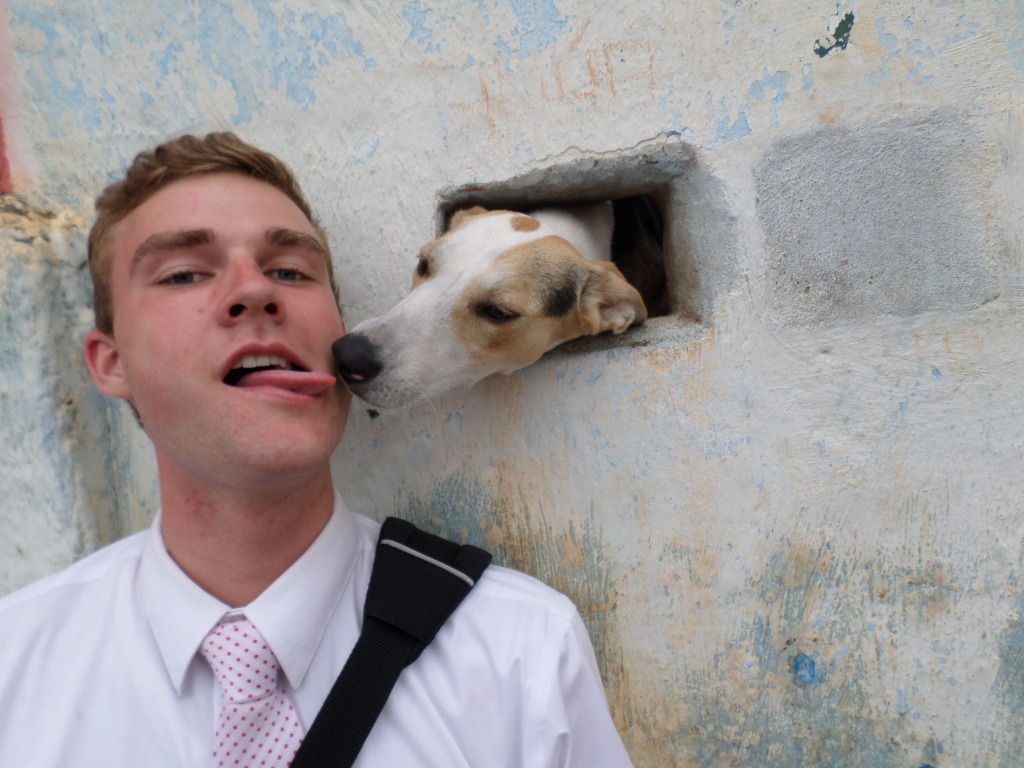 There are lots of farm animals everywhere out here. Another thing which there are a ton of is dogs. It’s sad how many homeless dogs there are everywhere. They’re all nice for the most part. Only the pet dogs can be vicious. It’s weird because you would think the opposite. Sometimes we become friends with the homeless dogs and they walk with us for a while! haha 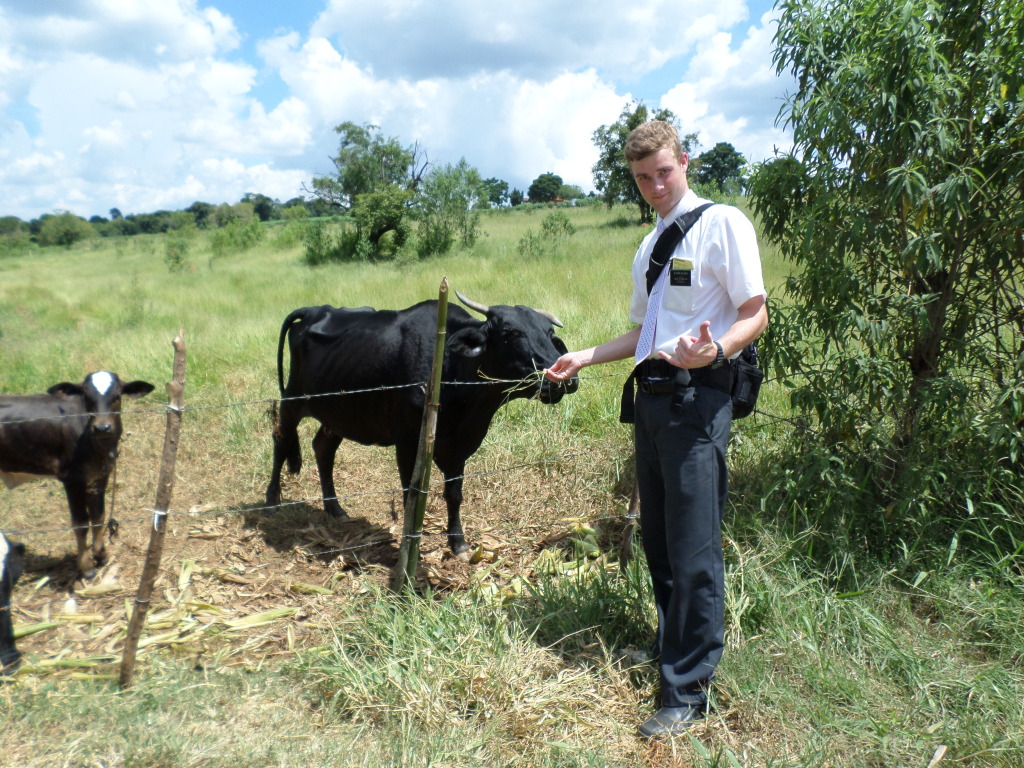 We knocked some goiaba down to eat! It’s a really delicious fruit. It has a harder outside with a juicy inside with seeds. Super good! They make lots of drinks with it.

P.S. There is nothing that would be of more value to me in packages than food:)